Life in the jungle camp was harsh, especially for former city dwellers. Many women left but those who stayed worked hard to gain the respect of the male leaders, and to prove themselves worthy of doing the kind of work usually reserved for men. A former soldier in the ABDF explained that in his camp, women were not allowed to undertake military training but a few of the women there fought their way into the training anyway, despite jokes about their bodies and their perceived lack of strength.

The women tried hard to challenge this kind of hardship and they proved themselves. They picked up the arms, not real arms, they didn’t have that, they had to cut from bamboo to make arms, and they had to do everyday morning drill and parades, and the women proved they could do this. The remaining women’s commitment to the armed struggle, and their abilities to participate in camp activities, were slowly being recongnised by some of the men in the ABSDF leadership, as the women repeatedly demonstrated their capabilities as soldiers and their dedication to the cause. A few women were elected into the central executive committee, where they argued for women’s increased participation in decision-making procedures. The idea of a women’s organization, made up of the wives and sisters of the ABSDF soldiers, slowly took root within the organization. As the Tatmadaw launched major offensive against the ethnic armies and their allies in the mid-1990s, the ABSDF lost their base camps. Significantly, they lost their headquarters, Manerplaw, which the armies were no longer able to provide sufficiently for their members, and space opened up for civil society organizations to organize relief efforts. A women’s wing to provide welfare to the families of soldiers became increasingly more attractive to the ABSDF leardership.

In 1995, leveraging the moment for change, a small number of female activists of different ethnic backgrounds officially formed the BWU on the Thai-Myanmar border. They demanded that women’s rights be given equal consideration in the struggle for democracy and established themselves as an independent organization, much to the frustration of some in the ABSDF leardership, who would have preferred the BWU to be under its control. The name, carefully chosen after considerable deliberation, is meant to signify inclusive membership and more radically, to include women from many different ethnic backgrounds.

The formation of the BWU on the basis of gender as opposed to ethnic identity or religion was a significant political statement. Myanmar’s recent history of ethnically-based conflict has ensured that a great deal of mistrust exists between the majority Burmans and the minority populations. The use of the words ‘union’ and ‘Burmese’ in the name of the organization consequently creates some issues. For example, the calls for independence made by some of the minority ethnic groups are at odds with the idea of a union of Myanmar, irrespective of how inclusive it is; BWU realized that other organization. We cannot cross that kind of ethnic lines to see all women together regardless of ethnicity. It was very difficult to find the leaders who have a vision to accept broader ideas about crossing the ethnic lines.

Up until 1997, the main objective of the BWU was to increase and organize its member base. All wives and daughters of ABSDF soldier were automatically signed up. The BWU also reached out to women living in the refugee camp on the Thai-Myanmar border, female student activists resettled in western countries, and women living in the border regions of India and China. Once we had a firm member base, the leaders began to organize small vocational projects for the new recruits (e.g. crocheting and weaving training) . The vocational training was seen as a way to help the members earn an income while keeping them engaged with the union, and was used as a strategy to increase the women’s economic independence: ‘ we wanted to enable the women to earn their own money and not to be dependent on their husbands or the camp committee. The aim was for the women to be able to stand for themselves’.

We then began to organize adult literacy training to develop our member’s reading and writing skills, and held workshops about women’s rights, democracy and the politics of Myanmar. Up to this point, the men had not been taking much notice of the BWU – perhaps, as one Thailand-based activists speculated, because of their own inability to take women’s political capability seriously. However, once the women were politicized in large numbers, some male leaders become upset. There was a fear that the women were dividing the movement, and anger with the women for upsetting the gender order. Another interviewee stated ‘ There was a lot of fear, distrust, ridicule. Not a very supportive environment and there was always that phrase, saying over and over again, ‘we are fighting for democracy, we are fighting together, and don’t divide the democracy movement’ over and over and over again’.

In 1998, the BWU decided that it had a firm enough members base and instead turned its attention to its next aim: building networks with other women’s groups in order to create a strong and salient women’s movement that bridges ethnic divides. In the same year the BWU held its first Congress in which it established and organizational structure modeled on the armed groups. This consists of three levels: Congress, the Central Committee and the Central Executive Committee (CEC). The CEC is made up of a chairperson, a general secretary, joint general secretary 1 and 2, and four additional members. Each CEC representative serves a two years term, after which the Congress convenes and elections are held. Since then, BWU has been working to promote the rights of women, empowering of young women from various levels and backgrounds all over the country across Burma even from the migrant communities and refugee communities. BWU has been working to promote the role of women in taking an active role in the rebuilding of a democratic federal reunion in Burma for over 20 years. BWU would like to see a democracy in Burma where women play a significant role in the political arena at a national, regional and local level. BWU believes that peace and reconciliation is neither attainable nor sustainable without the full participation of the women of Burma.

BWU tried to work collectively with other women’s groups taking various approaches, including organising training and workshops which other ethnic-based women organisations were invited to participate. This created venues for women for women of varous ethnic backgrounds to share their experience and concerns as well as the chance to build self-confidence and the trust among themselves. Later, as a second step towards forming an umberalla, BWU sought support from three highly respected individual women including Dr.Cynthia Maung, to take the lead and hold the 1st conference of the Women of Burma in December 1998. In December 1999, a second confrence was held and eleven women’s organisations from Burma formed the Women’s League of Burma ( WLB). BWU proudly serves as a founding member and works closely with the League until now. 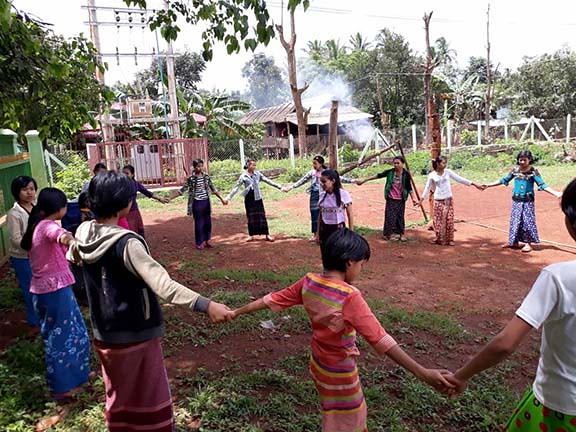 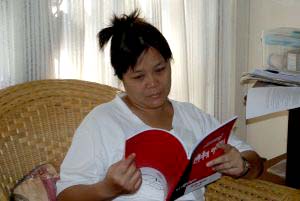 Board Member for BWU

Daw Mi Sue Pwint is member of the All Burma Students Democratic Front (ABSDF) and she had fled Burma after the military government brutally crackdown on the student movement in 1988. She started the organization in 1995 to work for the betterment of women and active women participation in politics for the struggle for democracy and human rights in Burma. She is now being served as an active member of policy board member for BWU. 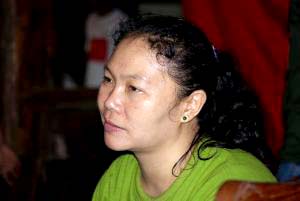 Daw Naing Yin was one of the student activists who participated in 1988 student demonstration during her university years in Yangon. She travel back to her hometown and involved in demonstration during the uprising. After military coupe in 1988, She left her hometown and arrived the Northern Part of Burma where were the base of All Burma Student Democratic Front ( Northern Region) in 1993. She became the first chairperson of BWU (Northern region) in 1995. She served in BWU with the various roles as finance officers, Democratic Leadership trainer/ training curriculum developer, advocator for more than 20 years. Now she is being served as an active member of policy board for BWU. 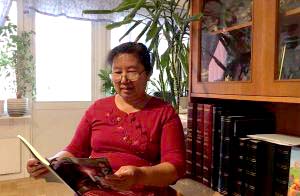 Daw Htay Htay was one of the activist from 1988 Nation wide uprising who fled the country after the brutal crackdown by the military regime. She was also a member of the All Burma Student Democratic Front ( ABSDF). After co-founding of BWU, she served as General Secretary in 2001 and was actively involved in the role of social outreach officer for BWU during her refugee camp years. She now live in Sweden with her family.